Jazzrausch Bigband is the world's ﬁrst resident big band of an internationally renowned techno club. Founded 2014 in Munich, this big band has revolutionized the German jazz and techno scene with endlessly inventive performances. Their schedule includes more than 120 annual concerts and has already taken them to the Lincoln Center in NYC, the Berlin Philharmonie, the JZ Festival in Shanghai, the Safaricom International Jazzfestival in Nairobi and many more. At their live big band techno shows, it comes to a musical meltdown, where the creativity and sound diversity of a jazz big band meets the impressive clarity of a techno club. This opens up a new musical world that is as close to the origin of jazz as it is to the future of electronic dance music. 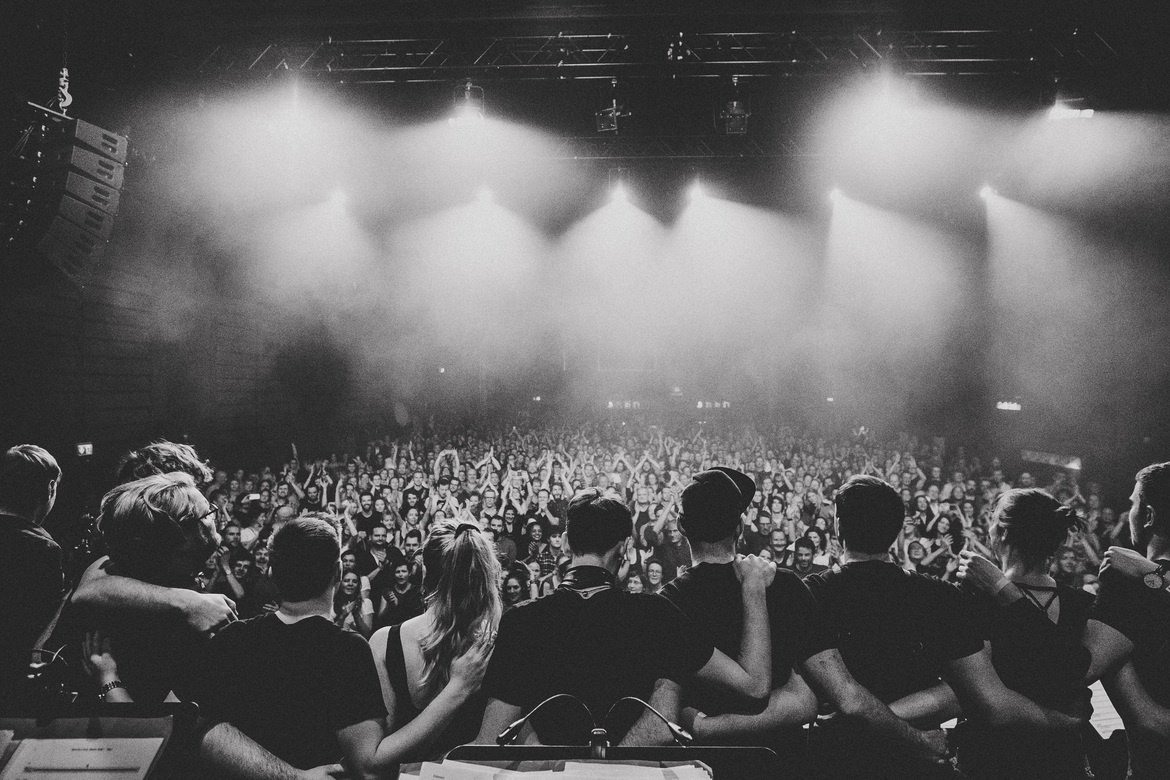 With »Beethoven's Breakdown« the Jazzrausch Bigband presents a new techno-jazz program on the occasion of the big Beethoven anniversary 2020 and thus again a fascinating concert spectacle. Inspired by Beethoven's music, the 15 musicians create a breathtaking fabric of technoid grooves, orchestral sound clouds and complex jazz improvisations. From softly set stillness to a blustering techno-ish downfall - Beethoven's prominent works are dissected with delight and illuminated with curiosity.

With acoustic-techno-jazz in a big band format, the ensemble has created a new style that thrills jazz fans and dance enthusiasts alike. A music that satisfies the longing of the club-goer for the genuine, the handmade and the original, as well as the jazz and classical listener for more buzz, entertainment and a fat sound. A mixture of "Sound Power, Groove and Enormous Stage Presence" (FAZ). "Dancing Wittgenstein" is probably self-explanatory, or isn't it? It is definitely that program of the Jazzrausch Bigband which they have conquered the hearts and ears of the people of munich with. And they are ready to take it wherever you want...

“These tunes,” says Sladek, “are to our Christmas programme what the rhythms are to our techno programme. The beauty of "Still!, Still!, Still!" is that everyone knows the songs. So we and the audience have a common starting-point musically from which we can inspire people who seldom hear jazz to really enjoy it."