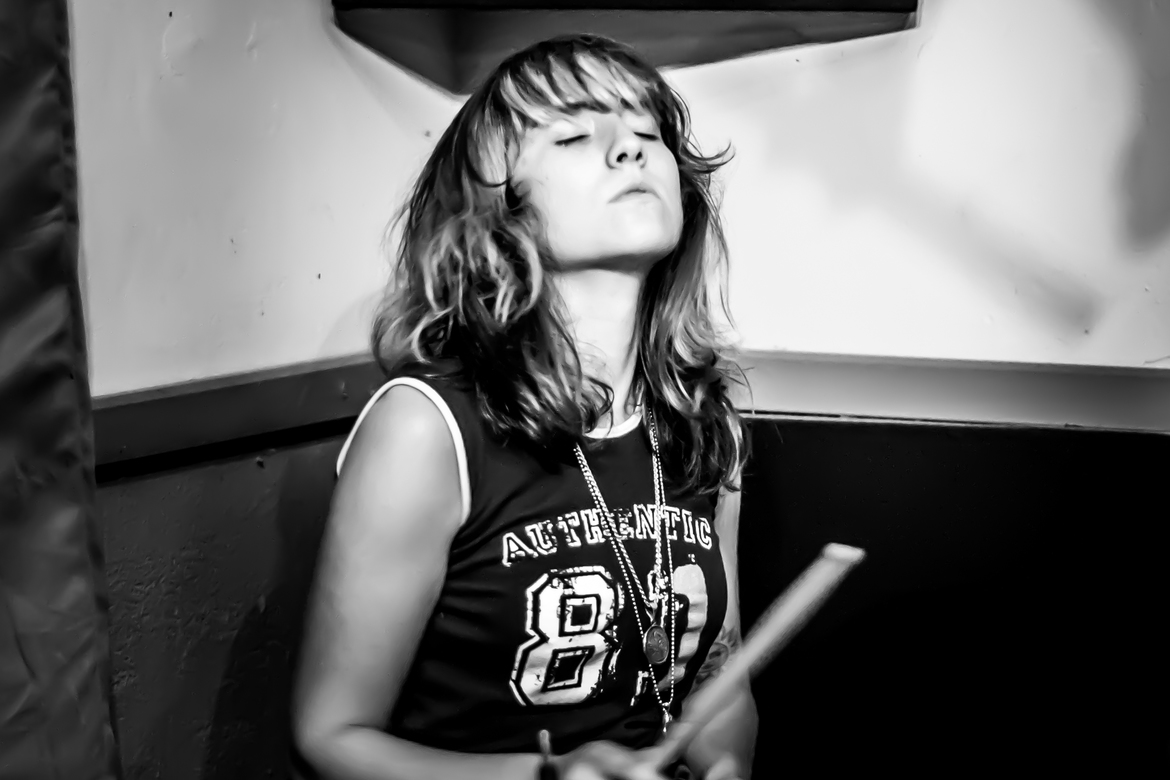 The Israeli drummer (Avishai Cohen Trio) and producer becomes new Tambour Music Management artist. Berklee Chops + Jazz Spirit + Pop Appeal. Audiences from all over the world, who saw the concerts of the new trio of Israel's jazz star and bassist Avishai Cohen, experienced a goosebump moment - also documented by countless videos on social media: A 22 year-young drummer is taking off! Roni Kaspi, more standing than sitting behind the drum kit, leaves the listeners speechless and spellbound. With grooves charged by rock, hip-hop, jazz, and Middle Eastern music. And with charisma, spirit, and passion. Kaspi recently graduated from Berklee College of Music where she studied with the likes of Neal Smith, Terri Lyne Carrington, and Billy Kilson. And her musical horizon is as broad as the stylistic spectrum of the Berklee talent pool. As is the case with many outstandingly talented and highly trained artists of her generation, Roni Kaspi’s profound set of jazz skills & chops is above all the starting point into a boundless musical world. And so, following predecessors of the caliber of Mark Giuliana, Roni Kaspi not only occupies the drum chair with Avishai Cohen, but also consistently seeks her own sound and vibe as a producer, songwriter, and singer of edgy, cool, cosmopolitan indie pop. Her first single was released in January 2021, with more to follow soon. There are several worlds currently opening for Roni Kaspi, musically and in her public perception. And it is exciting and thrilling to listen to her explore them and to accompany her on the way.

Roni Kaspi, the drummer of Avishai Cohen Trio, is starting her own project. As is the case with many outstandingly talented and highly trained artists of her generation, Roni Kaspi’s profound set of jazz skills & chops is above all the starting point into a boundless musical world. With her new Trio she consistently seeks her own sound and vibe as a producer, songwriter, and singer of edgy, cool, cosmopolitan indie pop. Influences are Rock, Hiphop, Jazz, middle eastern music and energetic Grooves.

“These days I'm working on my first album. After the release I will start performing with my band! Oxy, on keys, Noé Berne on electric bass and myself on drums and vocals. It's going to be very crazy so I'm really hyped about this, and really excited for everyone to hear what me and the trio have been working on.”