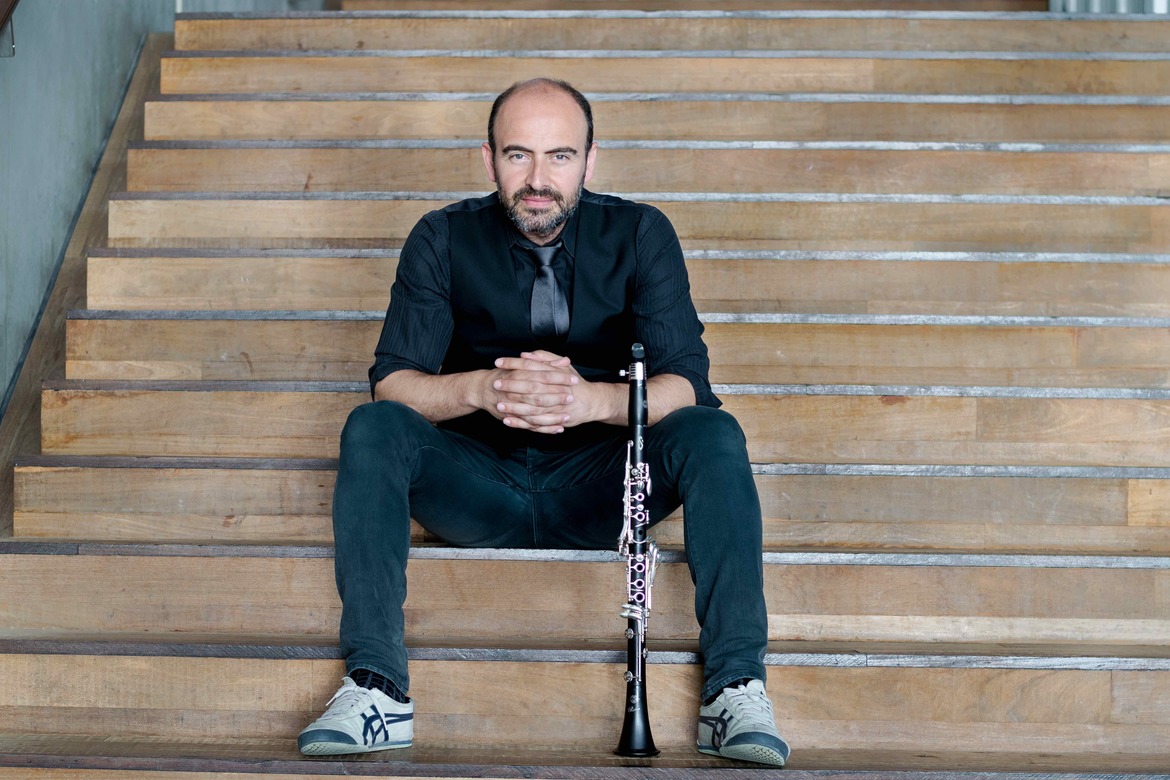 Hailed as a “Virtuoso” and “Intensely Soulful” by the New York Times and “Spellbinding” by the New Yorker, and “Incredibly Rich Sound” by the CBC. His utterly distinctive sound across different musical genres has gained him international recognition as clarinetist and composer. Kinan was recently named composer-in-residence with Classical Movements for the 2017-2018 season.
Kinan has been touring the world as soloist, composer and improviser. Notable appearances include: Opera Bastille, Paris; Tchaikovsky Grand Hall, Moscow; Carnegie Hall and the UN’s general assembly, New York; the Royal Albert hall, London; Teatro Colon, Buenos Aires; der Philharmonie; Berlin; the Library of Congress, the Kennedy Center, Washington DC; the Mozarteum, Salzburg, Hamburg’s Elbphilharmonie and the Damascus opera house for its opening concert in his native Syria.
He has appeared as soloist with the New York Philharmonic, the Seattle Symphony, the Bavarian Radio Orchestra, the West-Eastern Divan Orchestra, the Qatar Philharmonic and the Syrian Symphony Orchestra among others.; and has shared the stage with Yo-Yo Ma, Marcel Khalife, Aynur, Daniel Barenboim and Jivan Gasparian. 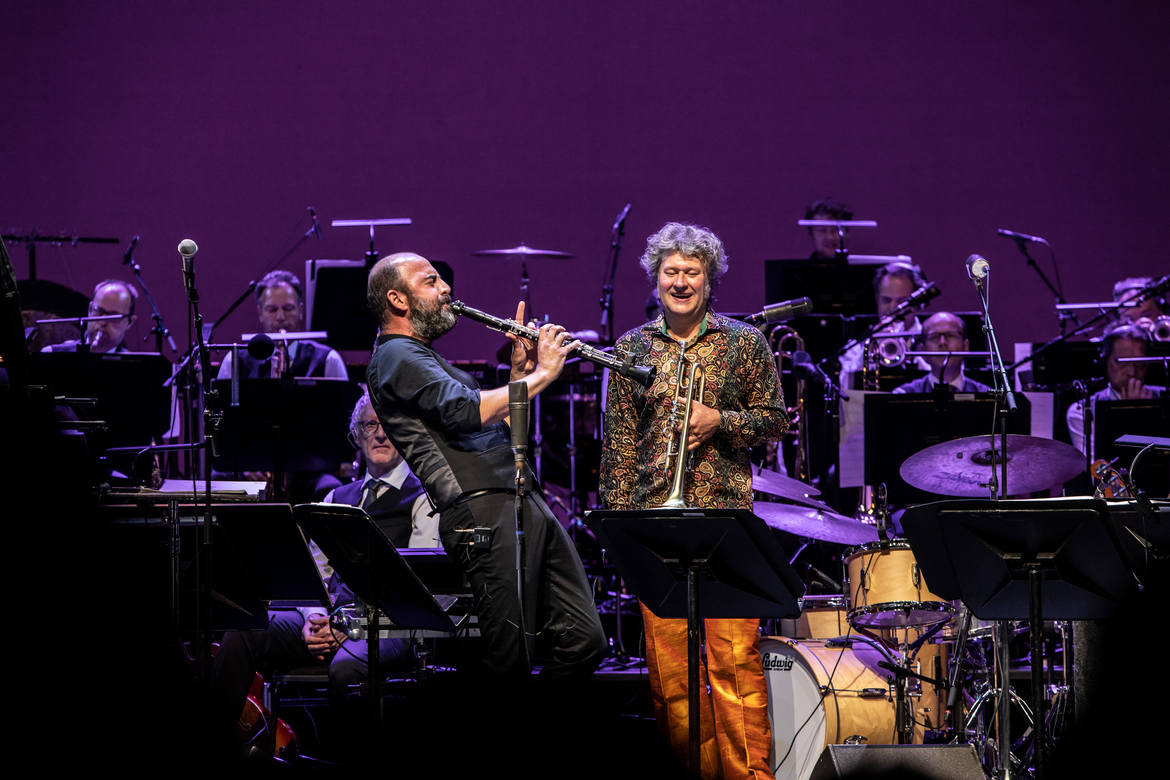 Kinan Azmeh is a real virtuoso - born in the Syrian capital Damascus, where he learned the classical repertoire. Later on he completed his education in New York at the Juilliard School. His musical home is always at the boundary of different worlds, building bridges between cultures emerges and creating truly global music with influences from East and West, Classical and Jazz, serious and entertaining. With his elaborately structured compositional ideas and his work in groups like the “Yo-Yo Mas Silk Road Ensemble” or various ensembles at the Morgenland Festival in Osnabrück, where Azmeh is a regular guest, he captivates his audiences with the multi-facetted tone of his clarinet, which evokes a broad emotional range between jubilant joy and abysmal vibration, in short: a vortex of expressions that dissolves into sheer happiness. 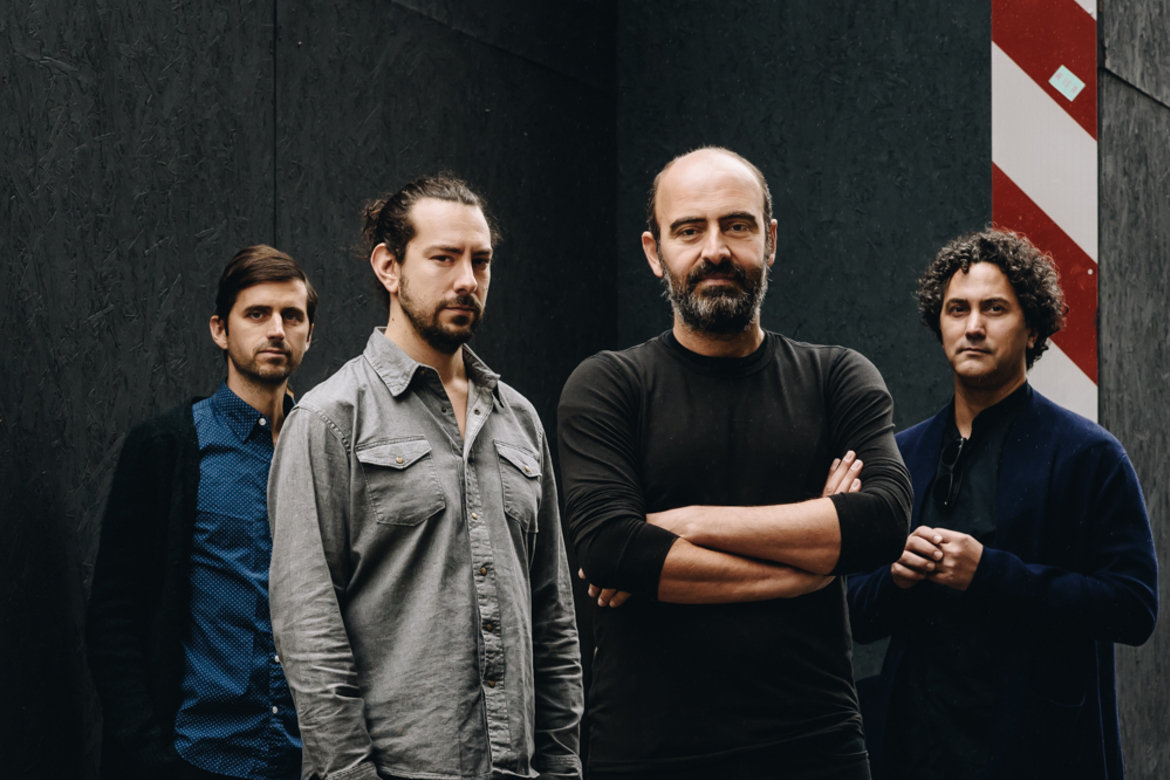 Formed in 2006 in New York City, the Kinan Azmeh CityBand immediately gained recognition for their virtuoso and highly energy performance, receiving praise from critics and audiences alike.
With this New York ensemble, Azmeh strives to reach a balance between classical music, jazz, and the music of his homeland, Syria. Azmeh's expressive clarinet playing meets Kyle Sanna’s earthy guitar playing, John Hadfield’s dynamic percussion grooves and Josh Myers’ double bass lines.
Each band member comes from a different background to adds their personal flair to this ensemble, resulting in a thoroughly exciting and rewarding listening experience.
With their recent album "Elastic City", the band has toured the US, Canada, France, England, Germany, Holland, Egypt, Lebanon and Turkey.