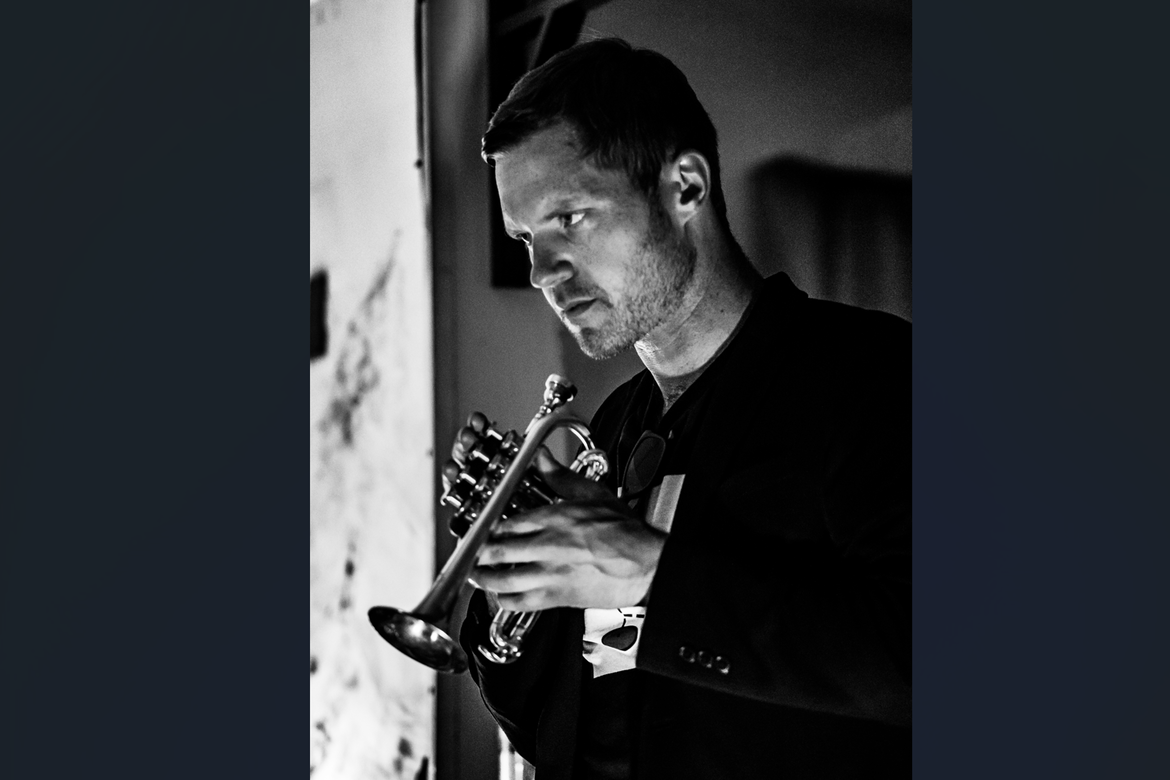 Peter Evans is a composer, trumpeter, improviser and bandleader living in New York City since 2003. He is part of a broad, hybrid scene of musical experimentation, his work spanning a wide range of modern musical practices and traditions. Peter Evans champions the simultaneously self-determining and collaborative nature of musical improvisation as a compositional tool, working with an ever-growing group of musicians and composers to create new music.
He is considered one of the leading voices in the field of solo improvisation and began his work influenced by the works of improvising composers such as Parker, Anthony Braxton, Milford Graves, Barry Guy, Roscoe Mitchell and many others. 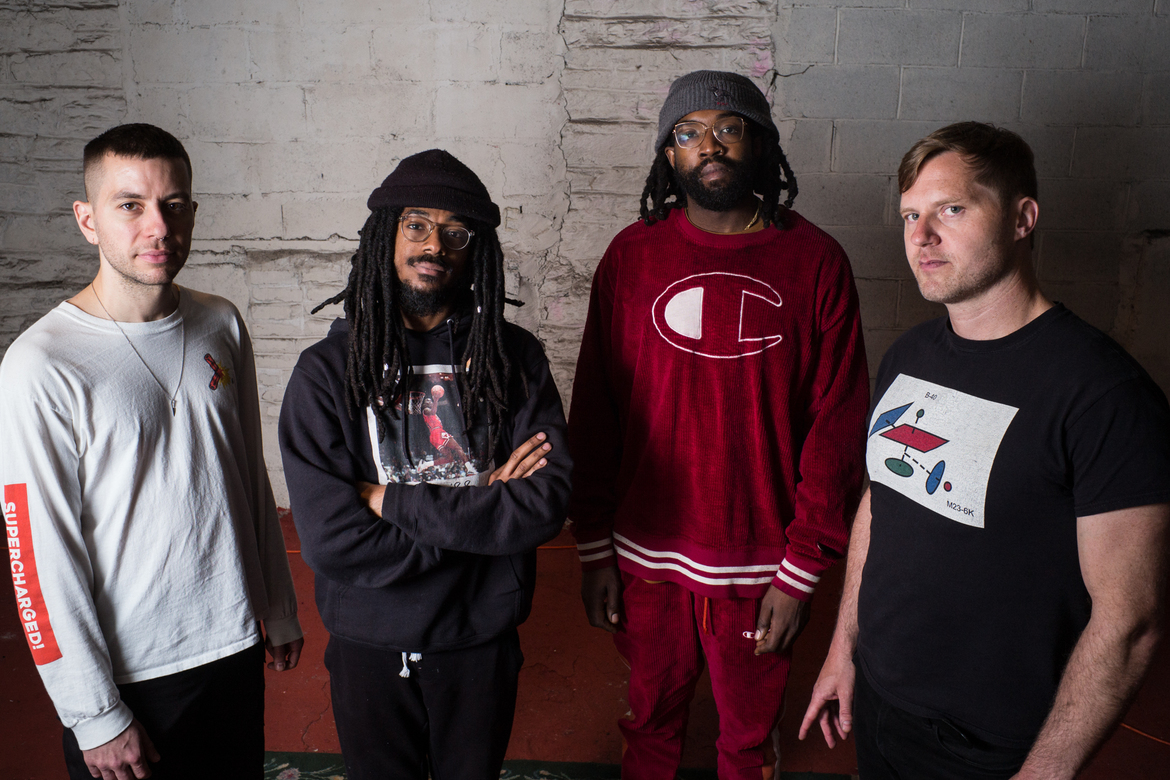 Being & Becoming was formed in 2017 by composer and trumpet player Peter Evans. The name of the band, drawn from the writing of Sufi writer and musician Inyat Khan, reflects the group's commitment to the challenge of spontaneous creativity. Evans' compositions for the band draw from a wide variety of sources, traditional and experimental, with a grounding in improvisational idioms, notated concert music and an array of experimental approaches.
The band features some of the most virtuosic and forward-thinking young musicians in Jazz and Contemporary music today; vibraphonist Joel Ross (Blue Note recording artist, worked with Immanuel Wilkins, Georgia Anne Muldrow, Marquis Hill) bassist Nick Jozwiak (Ravi Coltrane, Aaron Burnett) and drummer Michael Ode (Theo Croker, Wallace Roney, Gary Bartz). Each of these players are trailblazing artists in their own right, and with Evans’ trumpet and ornate yet organic compositions they achieve a true band sound. Influences for the music range from the work of masters like McCoy Tyner and John Coltrane, traditional musics of Africa and India, 20th Century European modernism and the improvised idioms pioneered by the AACM, the SME and many more. The result is something that feels somehow both new and old at once, an experimentalism grounded in both rigor and a passion for the undiscovered.
Being & Becoming's debut album was released to wide acclaim in 2020 on More is More records in both vinyl and digital formats. Their followup release will be available in the Spring of 2023. 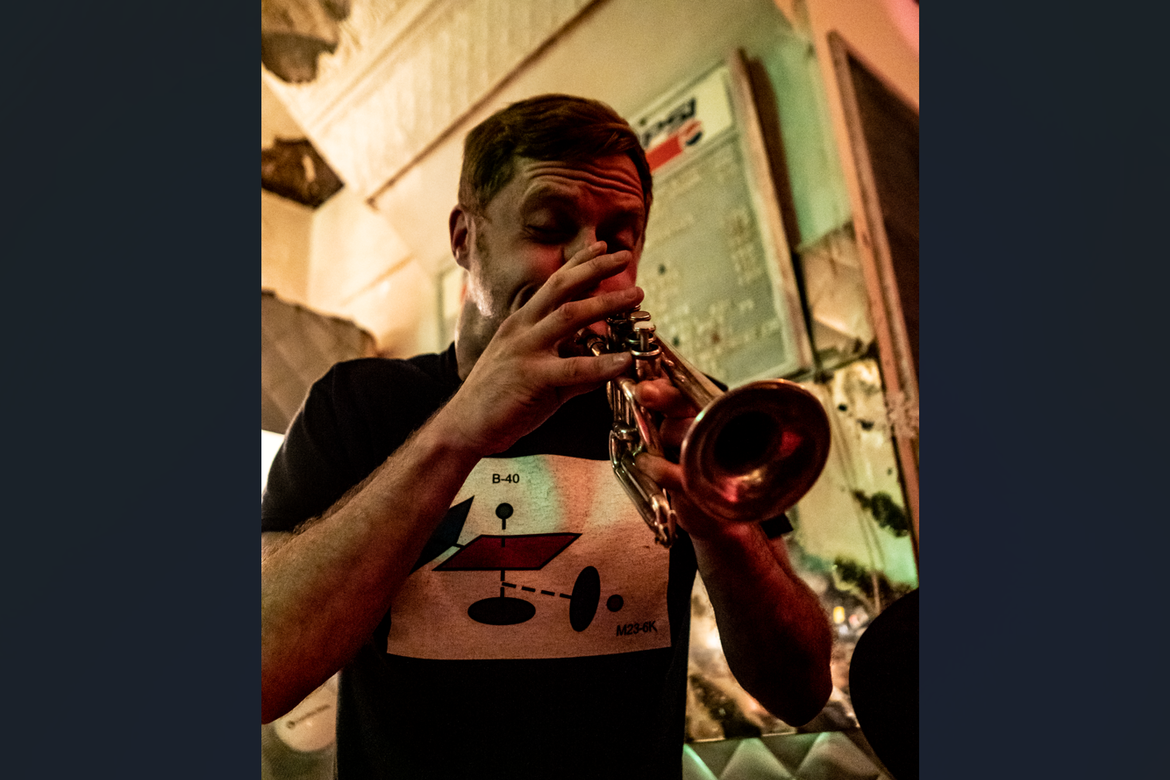 Peter Evans has toured regularly throughout North America, Europe, South America, Australia and Asia since 2006 and has performed at many of the leading contemporary music and jazz festivals. His solo concerts, set beyond conventional genres, have been performed everywhere from DIY noise and rock venues in New York City, the Schirn Kunsthalle Frankfurt, Kanye West's 2015 Adidas Fashion Show, to the Newport Jazz Festival and crumbling cathedrals in Europe.His concerts have been described in the New York Times as "...an enigmatic ritual of physical exertion and formal control" as well as "...breathtaking and often unsettling...". All About Jazz wrote of his 2009 solo album Nature/Culture, "Evans piles timbres and textures on top of each other in dizzying profusion until any relationship to the traditional musical universe disappears, leaving the listener adrift in a sonic world governed by its own internal logic."